It has occurred to me that humanity is at a crossroads. The truth behind the worth of human dignity remains debatable. Now sadly, a drastic assault on the freedom and liberty of those oppressed by intellectual ramblings seek to snuff out inferior “races”, which sadly includes the entire human race. We are now entering an age where Sci-Fi technology is on steroids.Some have become captivated by an increasing superiority complex much of which is generated from what their own wealth.Currently, these elite group individuals also seek to merge their humanity with technology.

Unfortunately, some of these elite class of vipers deem humanity unworthy of the air we breath. They are set on creating a digital robotic age where the elite are infused with machines and become immortal cyborgs dominating over a small group of docile computer programmed human beings.If this agenda seems like a far fetched stretch of my own warped imagination, it isn’t sadly.Rather,it would be preferable if all this alarming information was a fictional tale yet, there is a massive amount of information from direct sources that prove the fundamental concepts of this transcendence agenda.

According to an article via the Telegraph Yuval Noah Harari, a Professor at the Hebrew University of Jerusalem, said the amalgamation of man and machine will be the ‘biggest evolution in biology’ since the emergence of life four billion years ago…

“I think it is likely in the next 200 years or so homo sapiens will upgrade themselves into some idea of a divine being, either through biological manipulation or genetic engineering of by the creation of cyborgs, part organic part non-organic.”

Within this chilling article Professor Yuval Noah Harari, also depicts a world where the elite will merge with technology,and “God-like cyborgs within 200 years.”

Seems all this disturbing information is apart of a Sci-Fi themed storyline, unfortunately this is currently apart of our reality as a human species. This concept isn’t restricted to a respected Professor at the Hebrew University of Jerusalem. Ray Kurzweil is an American author, computer scientist, inventor and is a director of engineering at Google has been talking and writing about this for most of his life. Now that he is employed by Google he is working to help achieve the transcendence of man/machine to immortality.

Humanity then is left with a choice to preserve the human species responsibly or allow the human race to be snuffed out by rogue intellectual machines. The reality of the possible misuse of technology that gradually over shadows human competence is a direct attack on our entire human species. With the growing information on the topic of transcendence it seems the cost out weighs the benefits at this point. However, hopefully this merger with machine does not result in warfare that involves a desperate attempt by humanity to save our human species from extinction. 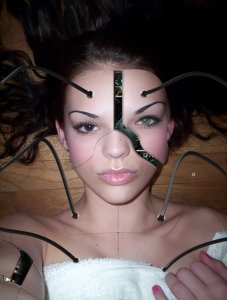 2 thoughts on “The Merger”

This site uses Akismet to reduce spam. Learn how your comment data is processed.